With tracks controversially entitled “Obamanation” and “Terrorist,” London born rapper and self-confessed political activist Lowkey has no reservations airing his opinions on various issues; so when you hear his name you might think of a politically outspoken MC who solely speaks about injustice and inequality – but what does he think of these perceptions about himself?

“I think that it’s an easy assumption to make. My musical output hasn’t been generally given much of a platform but first and foremost I’m a human being trying to better myself and the world around me. I was a Hip Hop artist before I became politically active, so it does bother me when people chose to pigeonhole me.”

Being half English and half Iraqi, 25 year old Lowkey, real name Kareem Dennis, considers himself ‘an Englishman amongst Arabs and an Arab amongst Englishmen.’

Besides the socio-political analysis portrayed through his music and speeches, Lowkey has an impressive musical catalogue and is praised for being one of the best lyricists in the UK with three mixtapes, Key To The Game parts 1 to 3, released between 2003 and 2005 before releasing his debut album Dear Listener in 2009, which featured Jon McClure​ – lead singer and frontman of Reverend and The Makers, Faith SFX, Mic Righteous and Wretch 32​. Not to mention his part in the group Mongrel, that consisted of Jon McClure and Joe Moskow​, both of Reverend and the Makers, Babyshambles bassist Drew McConnell​ and Matt Helders from Arctic Monkeys .

“My music is about humanity more than it is about politics,” he says. “I think anyone who listens to my music will understand that.

“As young people in this country who are not of a certain race or background we’re encouraged to believe that politics is not for us and that we’re simply too stupid to even have an opinion and we should ignore the decisions which define our lives and let somebody else make them. The one feeling I hope to give any listener is empowerment. I hope my music can empower people to realise their own potential and take pride in themselves.” 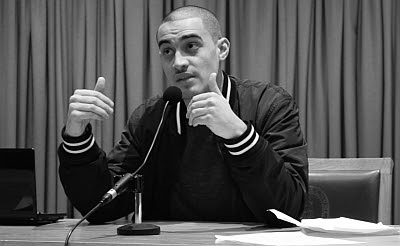 On a dreary day in South London, we take it back to his younger years, “I listened to a lot of soul music from Marvin Gaye to Gil Scott Heron to Bobby Brown. I like a bit of The Beatles, John Lennon​ everything and anything really” – influences apparent in his music today, with tracks from his current album – Soundtrack To The Struggle… – that features unsuspecting samples from Paul Weller to Lauryn Hill.

Scrolling through his mp3 player, he reels off the tracks he’s listening to: “Right now, I’ve got some Stevie Wonder​, Babyface, Joe, Damian Marley Dead Prez and Crowded House.” ‘Don’t Dream It’s Over’; a track he plays, asking me to listen carefully to the words. “It’s deep,” he exclaims as he recites the lyrics, when the world comes in, they come and build a wall between us. You know they won’t win. “In terms of Hip Hop though, I think I really connected with I Am by Nas and All Eyez On Me by Tupac. Those were two albums that really made me want to say my piece and still inspire me today.”

With all of the success he’s had so far – a debut album that featured the single “Long Live Palestine” that reached number one on the Hip Hop Charts on both Amazon and iTunes, an album out now currently at number eight on the iTunes album chart and number one on the Hip Hop chart, featuring collaborations from M1 of Dead Prez, Immortal Technique​, Black The Ripper and production from the highly acclaimed BeatNick & K-Salaam – all of this has been achieved 100% independently, something that he prides himself on. “I hope to give an entirely accurate representation of who I am,” he explains simply.

“The problem with allowing different people to have a say on the direction of your career and what not is that ultimately it will affect you and it will change your direction slightly. Only you can represent yourself. I’m trying to maintain my own integrity as an artist and preserve my independence. My music will always be mine. Don’t get me wrong I do have many people who help me in different ways, but the vision will always be mine.”

This is something evident in his music and in particular on the track “My Soul”; a record about not sacrificing any part of yourself for the benefit of anyone else.

However, on the subject of a recording contract, he elaborates: “I might consider a deal but it could only happen if the label could do for me something I can’t do for myself, also only on certain conditions. There are some decent indies out there that treat their artists in the right way but I feel like there’s little they can do for me that I can’t do for myself at this stage.

“More often than not getting signed can actually kill the buzz an artist has worked hard to build on their own because you’re placed almost entirely at the mercy of your label so they can keep you on the shelf and inactive for years or they can push you straight away, so it is not simple situation.”

Despite never been signed, Lowkey’s music has reached all parts of the world and has an extensive fanbase; having performed in Cuba, Australia, the US, Egypt and Belgium this year alone. “I actually had someone in Palestine that I met whilst out there last year, call me and play one of my songs down the phone to me he’d found on YouTube – so that show the power of the internet,” he says. “The biggest show we did this year was at Forte Prenestino in Rome a few weeks ago, there were 1,000 people there and it was the first time I went over there. That was definitely the biggest show we’ve done this year.”

Lowkey’s music has always taken an autobiographic nature and he doesn’t just speak of others and their hardships but has faced them himself, including being detained in Israel in 2010 at Ben Gurion International Airport. “I was travelling to Palestine and had to cross the border to get there – and they obviously assumed I was up to something. The amount that they knew about me was crazy, the fact is that people are really monitoring us.”

“I feel like I got detained for simply being Arab. Hundreds if not thousands of Arabs are detained at that airport everyday. My story isn’t extraordinary in anyway and its just a tiny fraction of what the indigenous Palestinian inhabitants of that land are subjected to everyday at the hands of the Zionist entity. The first time in 2009 I was detained for nine hours.”

Besides his views in the situations close to his heart in Iraq, Palestine and across the middle East, Lowkey is very open with his thoughts and feelings about the recent civil unrest across the UK documented in the track of his album “Dear England”.

Inhaling deeply he says, “I feel the world needs to be changed. There are so many people out there trying to make this world a better place and I just hope to be one of them. We have nothing to lose and everything to gain. If you take a look at the world today, I cant remember a time when more people were taking the streets and demanding a better reality.

“Even in the United States you have huge occupation movements popping up all over the country. People are not happy with the status quo. It doesn’t benefit the majority, it merely props up the minority. When the casual wants of the few outweigh the desperate need of the many, you know this world needs to change. I’m just a person trying to leave a better reality for those that will come after me.”

Explaining how the track came about and what inspired him to make it a last minute addition to the album he said, “I was pissed. That was my mindset when I made it. I mean calling people animals just isn’t going to help the situation. We need to look at a solution and a long term one.”

“When fear reigns supreme, all rational thinking goes out of the window and we’re creating a society of criminals by putting people in prison for non crimes. It’s not about making an excuse or a justification about what happened either – it’s about finding a solution.” 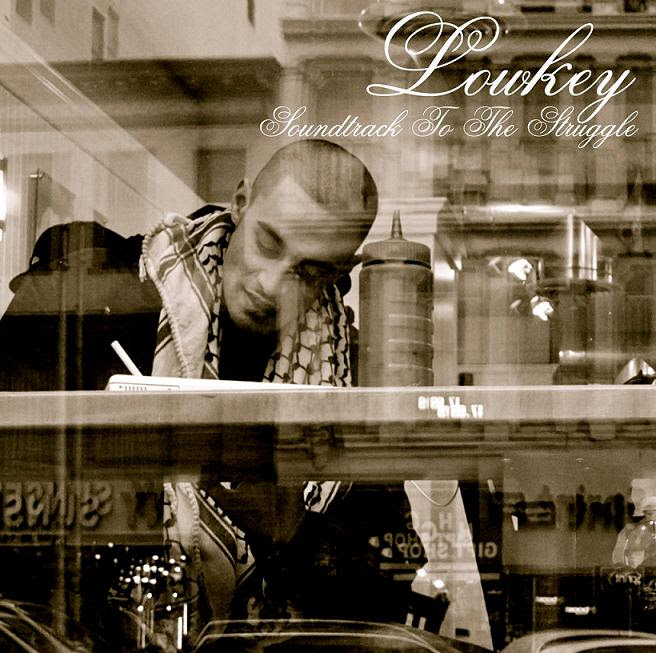 With a brand new album out now, he speaks of the amount of effort that he put into making this record the best it can be. “On the first track of the new album I say ‘this album has been in the making a quarter century’ because I’m 25 years old, but I feel like it has been my whole life building up to this point of who I am and what my perception is of everything. I feel like a lot of energy, blood sweat and tears has gone into this album than any release before it.

“I hope I can provide an example of an alternative to other young artists, you don’t have to compromise to be heard. I’m well aware of the support I have and I’m so thankful. I know I’ve made a conscious decision to do things the hard way, I know it’s worth it in the long run.”

He adds, “Every single person is a completely unique creation, there will never be another you and never in the history of human existence was there another you, through my music I hope to leave a finger print.”